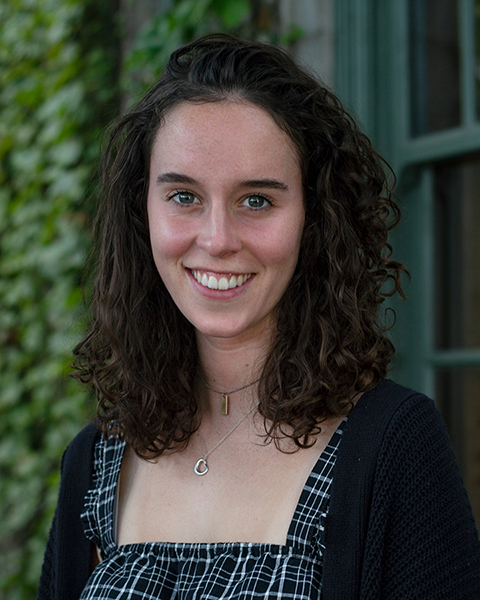 Q: Tell us about yourself! What is your year and major?

A: My name is Fiona Quinn. I am a senior studying Communication Arts: Radio, TV, and Film with an Italian Certificate.

Q: What do you like to do outside of school?

A: Watch all the films I can, go to concerts, act, cook, run, sing.

Q: What is your dream job?

A: My dream job would be to create trailers for films. I can watch trailers for hours, and I love the idea of understanding a film well enough to curate a 2-minute visual synopsis of it. It also plays a key role in a film’s success, as it cannot give away too much of the plot, but also must convey the true sense of the film in order to attract an audience.

A: If I had to pick, which I hate to do, my favorite film of all time is Do the Right Thing. A masterful Spike Lee story that follows a week in Brooklyn during a ferocious heat wave.

Q: What do you do for the Wisconsin Film Festival?

Q: Have you attended any previous Festivals?

A: Yes, though I studied abroad last semester, I attended WFF two years ago.

Q: Name a favorite film you saw during WFFs of past?

A: Two years ago I saw a film called Life and Nothing More, and it really struck a chord for me. It is a sort of coming-of-age tale of a young African-American boy in Florida on his quest to find his purpose. ​I was incredibly moved by the film. Perhaps the most powerful aspect for me was the lack of non-diegetic sound, and how powerful silence can be. Because it is so common for Hollywood cinema to include a full soundtrack to complement those moments of non-dialogue, we are almost programmed to expect it. But those moments of silence, whether it was Andrew, the protagonists, long walks through Tallahassee or the mother feeding her baby, it allowed the audience to feel much more involved in the story, as if we are sitting at the dinner table eating with the family.

Additionally, I found the long takes, in which the camera was propped in a still position and able to follow characters as they ventured from one room to the next, to be a spectacular technique that also provided a sense of inclusion for the audience.

Q: Give us some insight into the programming process. What grabs your attention when screening films for inclusion in the WFF program?

A: What grabs my attention is a compelling, well-organized story that can convince me of the importance of telling this story over somebody else’s. If the integrity and pride of the storyteller, or filmmaker, is evident within the story, the film has my undivided attention.