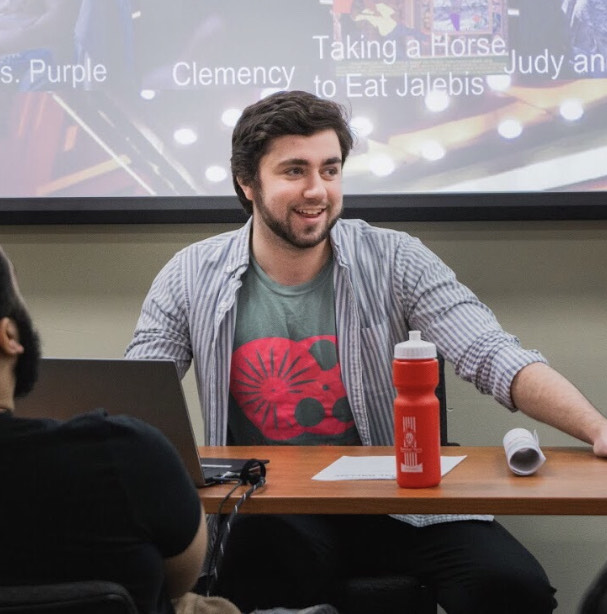 Q: Tell us about yourself! What is your year and major?

A: I’m a sophomore here at UW-Madison double majoring in Comm Arts, specifically film, as well as legal studies.

Q: What do you like to do outside of school?

A: Outside of school I enjoy watching a lot of movies, reading, cooking, and playing pool.

Q: What is your dream job?

A: My dream job is to one day make movies. To what capacity I’m involved with making movies, I don’t completely know, but that’s what I would like to do eventually.

A: My favorite movie of all time might have to be Billy Wilder’s Ace In The Hole with Kirk Douglas.

A: My favorite film genre either would be really moody noir or really pulpy sci-fi.

Q: What do you do for the Wisconsin Film Festival?

A: I watch and review the Wisconsin’s Own submissions to the Film Festival, and then decide on which one to show.

Q: Have you attended any previous Festivals?

Q: Name a favorite film you saw during WFFs of past?

A: My favorite film I saw in previous WFFs would probably be Jia Zhangke’s Ash is Purest White, which I saw at last year’s Festival.

Q: Give us some insight into the programming process. What grabs your attention when screening films for inclusion in the WFF program?

A: Many of the films that we receive are student films or any number of other types of very low budget amateur films. For this reason, our focus is really on films that have an original story idea, or that are uniquely made. Films that may not be big and expensive features, but ones that are still able to engage us with either its story or its production nevertheless.