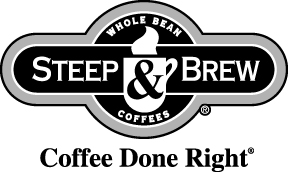 AND THE STEEP & BREW AUDIENCE AWARD WINNERS ARE…

This is an accordion element with a series of buttons that open and close related content panels.

Audience Favorite Shorts Program
A World of Wisconsin’s Own

Audience Favorite Shorts Program
Portraits and Pictures from Wisconsin’s Own

Louder than a Bomb | Greg Jacobs and Jon Siskel

Paddle to Seattle: Journey Through the Inside Passage | JJ Kelley and Josh Thomas

Isn’t This A Time! A Tribute Concert for Harold Leventhal | Jim Brown

Filmmakers from Wisconsin make their mark in Hollywood and around the globe. The Wisconsin Film festival is proud to showcase work from some of Wisconsin’s most accomplished filmmakers, University of Wisconsin Alumni and emerging Wisconsin filmmakers.

Wisconsin’s Own is a juried competition for the Golden Badger Awards. Wisconsin Film Festival is grateful for support from The Great Dane, proud sponsor of Wisconsin’s Own!

For filmmakers with “Wisconsin ties,” this is defined as either:

AND THE GOLDEN BADGER AWARD WINNERS ARE…

This is an accordion element with a series of buttons that open and close related content panels.

Life on the Mississippi | Bill Brown

The Blood Is At The Doorstep | Erik Ljung

Before You | Michael T. Vollmann

Loves of a Cyclops | Nathan Punwar

Into the Wake | John Mossman

I Have Always Been a Dreamer | Sabine Gruffat

In the Courtyard of the Beloved | Andreas Burgess and Sadia Shepard

Under The Sun | Emma Petersen

The Grapes of Madison | Ben Reiser

Paddle to Seattle: Journey Through the Inside Passage | JJ Kelley and Josh Thomas

Them’s Trying Times to be a Canine | Joseph Kraemer

The Bird of Night | Alan Schoenberg

Me and Jean Pierre | Anna Krutzik

Scream at Me | Lennell Davis

My Most Important Self-Portrait | James Baray