Stay at Home with Wisconsin’s Own | Big Streams, Little Folks | Video On Demand

Stay at Home with Wisconsin's Own

Beginning Thursday, April 2, we premiered one Wisconsin’s Own short film per day via the Wisconsin Film Festival YouTube channel. Each short was available for one 24-hour period starting at noon.

In the wake of the 2020 Festival’s cancellation, the Festival is grateful for the support of Dairy Farmers of Wisconsin as well as our Wisconsin’s Own filmmakers in partnering with the Festival to bring you these Festival selections free-of-charge.

Each daily stream started with a selection from the I’m a Wisconsin Farmer documentary series. The Festival is honored to help celebrate our hardworking dairy farmers who are still working to provide milk and other dairy products to our communities during this challenging time. 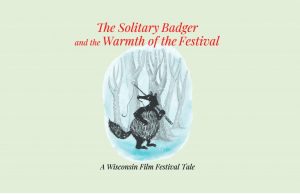 We hope you enjoyed this opportunity to see an extraordinary collection of shorts that were slated to premiere at this year’s Festival.

Stay at Home with Wisconsin’s Own collection:

We invite children and film lovers of all ages on an adventurous world tour, while staying safely at home! 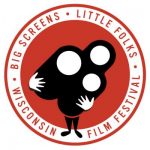 Beginning Friday, April 17, some of the extraordinary family-friendly films that were to screen as part of the canceled 2020 Film Festival will stream for free on the WFF YouTube channel. Two shorts programs streamed each week of the online Festival, April 17-24 and April 24-May 1, from 10 a.m. on Friday to 10 a.m. the following Friday. Over the closing weekend, May 1-3, we featured some 24-hour pop-up short films starting at 10 a.m. and one feature film.

BSLF’s “Short and Sweet” features films for ages 8 and older. “Shorter and Sweeter” offers animated shorts with little or no dialogue for ages 4 and older. For films that have dialogue, English subtitles are included unless indicated otherwise.

The Festival is grateful for the support of the Anonymous Fund, Brittingham Trust, Joy Christie, Discovery Film Festival, Terry Kerr, Karin Kolb, and the distributors and filmmakers in bringing the best of world cinema to Wisconsin’s youngest film enthusiasts online.